Be Touched Be Moved by Nicolas Draenert, Switzerland

Everything has sprung from water!
Everything is attained through water!

What would be mountains, what valleys and world?
It`s water, that gives us the freshest life.

Founded in 2014, our ensemble "momo" is standing for a group of four friends: Nicolas, Spencer, Salome & Atsushi; wide spreaded in different parts of this world, from Japan, to Costa Rica, to Switzerland, we combine visual perceptions of lights & shadows with lovely melodies to unique moments of joy and beauty, you can enjoy and reflect about ... just timeless ... Nicolas grew up in Germany, Munich to be exact, but originally he comes from Basel, Switzerland; together with a trombone, an old analog camera, and a bunch of brothers and sisters, he moved when he was old enough to Berne, where he learned to make movies. After some while, he focussed on camera work and to direct beautiful ideas, is the challenge he is looking for. His speciality is pushing his team members hard to bring out their best and finish some beautiful work ... Salome grew up in Trubschachen, Switzerland. That´s were the Kambly cookies are from. Her passion is to motivate people, to find out their resources. In addition, what she likes, she lives; so she decided to found her own business of Humortraining. She is working in companies, factories, schools and beeing part of our society. She is training her creativity as an actress, violinist and designer. For us she is the lovely soul, writing the screenplays and doing some stunning acting ... Spencer grew up on a "little" farm in Costa Rica in the middle of the jungle and beauty of the Costa Rican nature. Thus he is able to compose lovely and touching scores for all of our music project. Besides doing music, he is an awesome martial arts guy and well, a pretty good cook, mentioning the `Costa Rican`Stir Fry ... Atsushi is originally from Japan. After more than 20 years, he decided to move abroad to explore the world. Now he lives in Hilversum, a tiny town nearby Amsterdam, the Netherlands. He started his career in sales after studying business, but luckily realized soon enough photography and graphic design, is his passion. He had quit his job, went down to an agency and is now a freelancer in photography ... for us he is the guy, who draws the art work and doing some awesome photography ... Together we are the team "momo" ... timeless, emotional artwork in film and music. 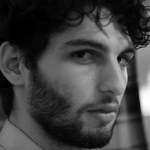 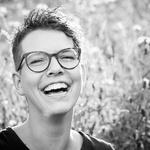 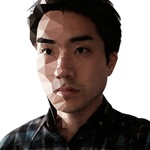